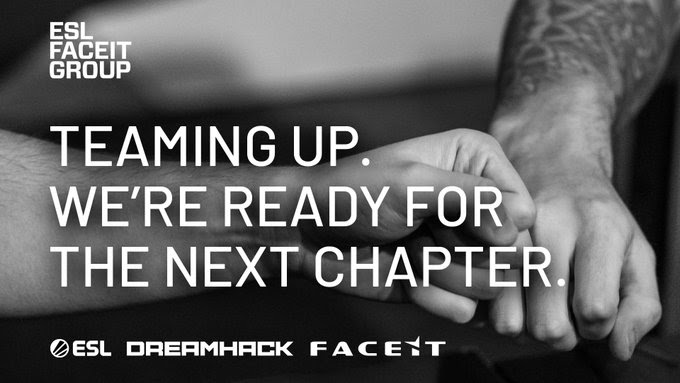 ESL and FACEIT purchased for $1.5 Billion

The first $1bn acquisition in esports history just happened and it has sent ripples through the entire industry. Not only is this a monumental amount of money, but it's also the purchase of a massive portion of the CSGO ecosystem in the form of ESL & FACEIT, and it comes with some drama.

While ESL hosts tournaments for several esports titles, Counter-Strike is definitely the bread and butter of the operation, and the same can be said in terms of ESL's share of the CSGO circuit each year.

With the purchase by Savvy Gaming Group being backed by Saudi Arabia's sovereign wealth fund, the PIF, many in the scene are skeptical of the move. Saudia Arabia has a poor record when it comes to human rights, and in particular, women and LGBTQ+ rights.

There was a similar reaction when NEOM was revealed as a sponsor for BLAST back in 2020. In the end BLAST dropped the sponsor after many personalities in the scene declared they would refuse to work with the company if they continued their partnership. In keeping with that, Vince Hill, a popular CSGO commentator has stood by his decision in a recent video to step away from dealings with the country.

“I don’t want to be paid by these companies, I don’t want to accept any money from these companies because I don’t feel like it’s right. That’s my decision, I don’t judge anybody that continues to work with ESL, I don’t judge anybody that is ok with accepting that,” Vince said in a video explaining he would no longer work with ESL & FACEIT following this acquisition.

Frankie Ward, another esports personality who spoke out about the NEOM deal has shared her initial thoughts on the news. Ward released a blog post discussing the situation and how she's dealing or not dealing with it at the current time.

Others have yet to speak as publicly at this time, although at some point folks will land on one side or the other. So, unfortunately, while this is a major time in esports history, it will cast a long shadow in terms of the ethics of the operation moving forward.

It's time to see some brand new rosters in action and a reborn North America! Liquid & Evil Geniuses will debut with their new lineups and the world will be watching to see if North America is back as a real contender. The teams will have to prove themselves against the likes of Na'Vi, Vitality, G2, and more. Watch.


LCS Lock In comes to its finals

This weekend, it all comes to an end. Dignitas vs. Team Liquid and EG vs. Cloud9. What more can fans ask for in the LCS Lock In semifinals with the winners moving into the grand final on Sunday. Watch.


VALORANT is *almost* back

Esports lawyer and Twitter pundit Ryan Fairchild joins us this Friday on Juked Weekly to discuss the big news of the week: namely, ESL and FACEIT's acquisition to the Saudi-backed "Savvy Gaming Group" for a combined $1.5 billion, and what this move means for esports. We'll take LIVE call-ins + Q&A in Discord, so make sure to RSVP for the live event!

PS: If you missed last week's episode, we had legendary esports host and commentator Goldenboy on the show. Catch the VOD here and subscribe to our podcast on Spotify!